I’ve been vegan for more than 20 years and the moniker I chose is “Ov Gaia” to underline my relationship with nature. My aim is to create some music that can connect men to their primary environment again. In my life I’m trying not only music, but also a sustainable lifestyle. I’ve been living alone in the Elba island for two years, just to experience a lifestyle that is totally coherent with my own ideas. I love playing long DJ set inside the nature, starting with the restoring sunlight and finishing in the nigh

My music alludes to a fantastic dimension. My work draws inspiration from both musicians and writers (from Future Sound of London, KLF, Drexciya to Ursula Le Guin, Tolkien…). I use strange sounds and rhythms, to map a world that exists only in my imagination.

.
The release is dedicated to the writer Ursula Le Guin, who was not only a sci-fi and fantasy author, but also a fighting spirit, an anarchic woman as well as a prolific mind, creator of utopian and dystopian worlds.

She believed that the fantasy genre was not escapism at all; it was not a way to escape from the present life, as some people erroneously think, but a way to criticize anything we do not like, imagining a possible scenario beyond the cage of present days.

Dream about dragons, and even ride them: your imagination hosts a deep revolutionary potential. 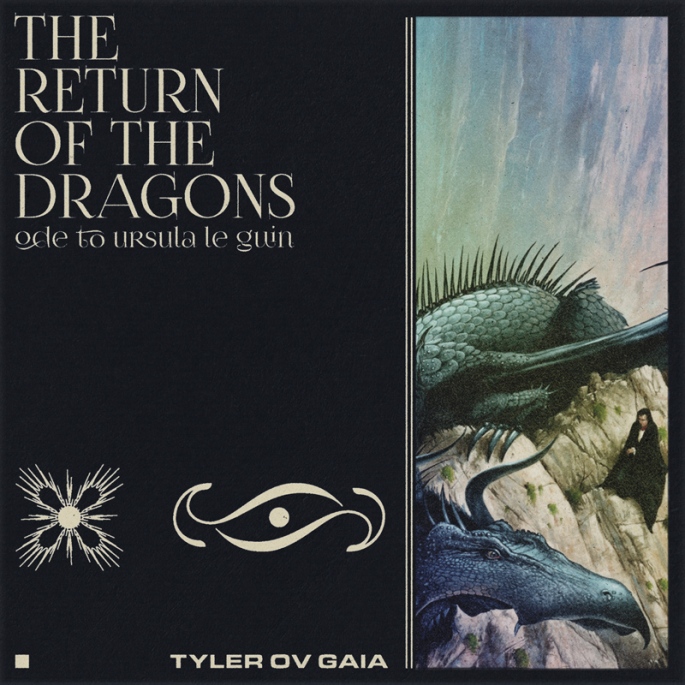